… But your willy will disappear, your nipples will invert, and your pussy will shrink to a twist of shrivelled petals. Yes, really.

Garring Koro (literally “to shrink” in Indonesian dialect) is an epidemic disorder which is said to carry a significant mortality in China. It is confined to Asia: no epidemics have been reported, as yet, in Europe or North America.

Koro (for short) manifests itself in fragile, deprived and stressed societies where it is endemic among young, unmarried males. They communicate acute anxiety accompanied by withdrawal of the genitalia – the penis “disappears”.

Social anthropologists have described primary and secondary Koro; primary Koro being the reflexive contraction of genitalia in response to fear, secondary “cold” Koro being a similar physical response to low temperature.

Despite the spread of the fanciful travellers’ tales, first appearing in print in 1865, there should be little mystery around Koro. It can happen to us all, but usually we simply do not notice. Our family of great apes would not have survived without Koro – the capability of tucking away our external reproductive organs when danger threatens.

The vital testicles hang in their air cooled radiator, the scrotum. They are quite obviously exposed and vulnerable. These super active externalised glands require to be kept at 3.2°C cooler than the body’s core temperature to enable them to function at full blast, to meet the inexorable demand for an adequacy of testosterone and spermatozoa. This is achieved by the reflex adjustment of the height of the testicles within the scrotum.

The same autonomic muscles which haul the temperature critical testicles up and down, the cremasteric and dartos, will also quickly respond to fear and anxiety, drawing them up to be in close proximity to the relative safety offered by muscle, bone and fat. In a high proportion of men, the testicles can disappear from the scrotum into pouches in the groins formed by the lower ends of the inguinal canals. These canals otherwise close completely following the descent of the testicles from the abdomen into the scrotal sack during early childhood.

The attendant pendant penis, being equally at risk from trauma, also has the capability of retracting out of harm’s way. The degree to which it can shrink depends on whether the penis is inherently a “grower” or a “shower”. Around 80% of men have growers, the remainder have showers which are no longer when erect than they were when flaccid.

When significantly threatened, the relatively short penile shaft of the Asian can bury itself in the fat pad overlying the symphysis pubis, leaving an inverted tube of empty skin as the only evidence of its existence. This is the source of the panic of Koro. Only two or three anxious young men in a close community are needed to set the epidemic racing. In the West we would call this mass hysteria. Witches, of course, can cause penises to disappear – they use them to fly. Their craft has deeply ancient origins, playing, as always, on the credulousness of stressed societies. The Witches of Salem hysteria in 17th century Colonial America resulted in the death of many innocents.

Pre the Age of Prudery, witches were naked: After all, they needed to be as enchanting and beguiling as sirens – bewitching even.

In Britain the last major outbreak of mass hysteria was in 1965 at a girls’ school in Blackburn. By lunchtime, 85 girls had been rushed by ambulance to the local hospital suffering from dizziness and fainting fits. All were experiencing the effects of acute anxiety and hyperventilation. The outbreak had been triggered by two girls passing out in a long hot queue for chapel.

Rather more ominous was the politically manipulated mass popularity of European Fascism in the early 20th century. This hysterical manifestation was brought about by determined and inspirational national leaders taking advantage of the social and financial uncertainties which followed the devastations of the First World War…… 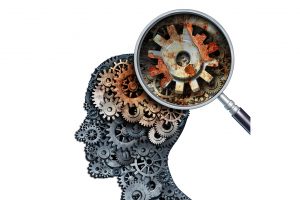